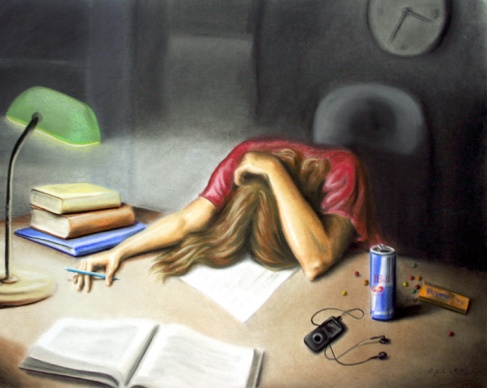 Evening is rolling in and i’m sitting trying to study, my stomach is growling to be fed but im determined to finish this section before i set my work aside. Perhaps it is a heavy workload but i am studying Business and Admin and also taking a Proof Reading and Editorial course, the latter of which occupies my attention and is rather complicated.

This is my front door knocker being hammered against the door with force enough to make it shake upon its hinges. I do not need to answer the door to know who it is for i can hear a very loud bullmoose voice bellowing outside but i am busy working so i choose not to answer.

Footsteps fade and i sigh and continue my work and have read no more than five lines when..

The bullmoose voice is back and is nothing if not persistent. My eyebrows raise as i hear the letter box open and the voice, louder now as the person looks through my letter box to see if i am home. GO AWAY!! i think furiously, although conscience niggles that perhaps i am being mean.

Yes you can bet for sure i am rather annoyed now as i reread the same sentence for the third time. So who is hammering so furiously upon my door? Ah well this is easy it is the child next door.

At first i would always answer when this child kicked his ball over my back fence for i have children and my own when small have mistakenly kicked their ball into a neighbours garden before now. Rather differently i would never let them knock on the door to ask for it back but instead told them that if they had been careless enough to let it go over then they would have to wait until the person chose to throw it back , if they even did.

But nevertheless i would at first answer to this child and obligingly retrieve the ball from my garden which received neither apology nor thanks. Shortly after the ball would come sailing back over the fence and the hammering on the door would commence with a loud request to get the ball back. This child does not have a volume switch, actually he does but it consists of loud and very loud and of an evening i have to close my door and windows in order to hear my tv but i try and remind myself that he is after all a child. 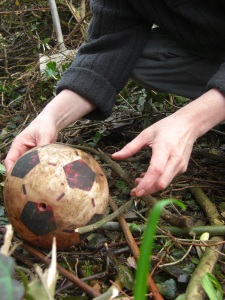 After repeated retrievings of the ball i began to get rather fed up especially since my garden has been very waterlogged for some weeks now and sploshing around in it for a ball is not my idea of fun and i politely asked him not to kick it over and informed him that if he did it would have to stay there until i went outside for something.

I know, i know perhaps the easy way would be to go and fetch the ball and thereby cease the kicking and hammering at my door but irritation is prompting me to throw the door wide and bellow ‘ STOP kicking that bl@@dy door’   I may think it but i would not do this and i try my best to ignore it. Footsteps fade again and the child takes up residence upon my driveway with friend in tow kicking another football back and forth thumping it repeatedly against my garage door and house wall. Sometimes i wish i were not so nice natured for i should dearly love to shout as neighbours would have had i behaved so when small and rightly so.

After six attempts to hammer my door down coupled with frequent peering through my letter box there is finally silence as it seems for now at least he has given up. Of course i will return the ball when i or one of the family does go outside i am not so mean as all that but if i should feel guilty for not answering my door and fetching it when he wished then i’m afraid i do not. I was always taught manners and respect cost nothing even from a very young age and had i hammered on our neighbours doors in that way when i was small you can guarantee i would have felt my mothers hand and further been hauled next door to apologise.

I’ve never been a lover of routine. We all do it, that 9-5 plus family plus spouse responsibilities that leave us needing some semblance of order to our lives in order to know where we are in life and to function. To some degree i am like everyone else, i live the daily grind and do as i am meant to, therefore ensuring life sails on slowly by with nary a hitch. A lot of people love this routine and thrive on it, feeling a safety and security in knowing exactly how everything is going to go. 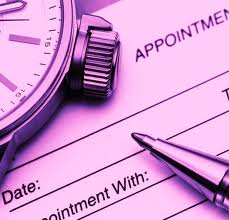 I very rarely make appointments for anything, much preferring to do things off the cuff and maintaining the spontaneity  that is within my nature. I do not like to be tied to specific things at specific times and when forced to on a regular basis i will inevitably begin to feel suffocated. My friends laugh at me because it is a long standing joke that if i cannot walk into a salon and get my hair cut then and there i will not have it done as i refuse to make appointments. Predictability is not something that sits well with me and more than once friends have rolled their eyes as i have yearned for something exciting to happen.

Today i am in a rebellious mood. I am NOT going to clean my house ( i’m a tidy freak so there is little to clean anyway)  I am going to make today my off day at the gym and i am not going to do one single thing i am supposed to. I guess i have always been a bit of a free spirit, i always feel there is a touch of a hippy child in me and when routine forces me to stay indoors for any length of time i really do begin to have the feeling of being caged. This happened again today. Last night i woke in the middle of the night after an infrequent nightmare, panicking as dream me had been trapped somewhere i could not get out of. I hate this feeling, it is one that prompts me often to don my trainers and head for the nearest open space by myself.

Just some space to breathe.

Oh do not for one minute assume i am an unhappy person, i am far from being that. I have fantastic children, amazing friends and a lovely home. Whilst i may grumble about my weight or my crazy hair i still like the person that i am and i have much to smile for.

But yes i cannot help that untamed wild nature in me that longs for adventure, some unexpected event that frees me from this wheel that i run on day after day. I chuckle as i picture my eldest daughters face when i announced that i wanted to pack a backpack, shove some money in my pocket and hop on a train and see where i ended up.A little adventure all of my own. I had every intention of coming home and my children are old enough to fend for themselves for a while but my daughter looked aghast at me and exclaimed ”You cant do that!!”

After a lifetime of doing what i am supposed to is it really that wrong to want to actually do some things i’m not supposed to do?? Perhaps it is just kicking out at being taken for granted, some prodding reminder of all the things i do without thinking that are expected and unnoticed..at least until i stop doing them. Perhaps it is a lifetime of expectation and conformity all reaching up to settle on my shoulders keeping me firmly in my rut so that i do not try and defer from my lot and my dislike of this oppressing feeling.

But i dont want that, i want to see new places and do new things. I want adventure and surprises, something different from the norm that i have been always so used to. For today i shall be content with just rebellion, closing my front door behind me as i head for the train and something different just for once. But one day i will pack that bag and i will go in search of that adventure i so crave. I shall run along a beach at sunset, see the sunrise come up over somewhere new. Learn to swim, conquer my fear of heights and go climbing, throw snowballs in the snow and dance under the rays of the sun. One day i shall do all of this.

One day i’ll fly away.

Im a 49 year old quirky merry little soul with a mad sense of humor and a head full of random musings. sometimes i think too much. Just a little! I love to read, im forever with my head in a book but recently thanks to much encouragement from my partner i have discovered a love of writing too. Currently working on my first novel , a fantasy story that i hope you will all love. Favourite authors include Diana Gabaldon, Barbara Erskine, Trudi Canavan, Maria V Snyder and Garth Nix but i will happily read just about anything. Currently besotted with a handsome vampire bat, ...an odd combination a panda and a vampire bat but trust me it works. Please feel free to stop by and say hello and all comments are welcome :)

Error: Twitter did not respond. Please wait a few minutes and refresh this page.

I love sharing my stories, but I wish they wouldn't keep me awake at night.

Cultural Musings of An Outlandish Nature

The wacky stories of a crazy lady.

Paper to Use
There By Candlelight Press

How many miles to Babylon? Three score and ten. Can I get there by candlelight? Yes, and back again.

Top 10 of Anything and Everything - The Fun Top Ten Blog

Watchout Loud and Have PICBliss!

Something is coming soon.

This Jane Austen blog brings Jane Austen, her novels, and the Regency Period alive through food, dress, social customs, and other 19th C. historical details related to this topic.